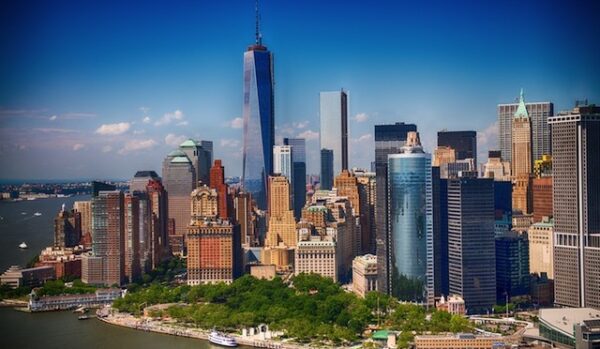 How to Overcome Anxiety about President Trump’s Next Move

Welcome to the first step in getting over Trump anxiety.

“YOU’RE scared about what Trump will do to you? Then how scared should I be? I’m gay AND a foreigner!”

This is what so many conversations on the streets of New York City sound like.

Yes, much of the country has been overtaken by an intense and unfamiliar strain of anxiety founded upon the belief that President Trump and his minions are about to unleash a campaign of totalitarian, uber-bigoted hell on people whose backgrounds and beliefs conflict with his political agenda.

So many Americans fear that Trump is going to ruin our country, one bad decision after another.

While I am not free of fear with regard to the possibilities, I remain hopeful that he will surprise us in a positive way. (Stay with me!)

I certainly can’t guarantee that Trump won’t get drunk on power and make a total mess of the country.

What I CAN say with certainty is that much of your happiness potential over the next four years will be determined by how you choose to approach Trump’s presidency.

The starting point for conquering your fears about what Trump will do as president begins with acknowledging that a gift has been given to you at this exact time in your life.

A gift? You mean Trump? REALLY??

The gift I’m referring to is a rare spike in passionate ferocity and motivation that Trump’s presidency brings out in you.

The key is to channel this energy into your efforts to grow as a person and to do more than just cope with what upsets you.

How about striving to thrive in the face of political circumstances that will otherwise drain your energy and leave you bitter, helpless and sick?

Since President Trump is here to stay for at least four years, it’s in your best interest to do more than rant on Facebook and refuse to accept reality.

In no way am I suggesting that you stop advocating for what you believe in. Instead, I’m challenging you to find a way to sublimate your anger and frustration into actions that create personal health and wellness, as opposed to sickness and depression.

Here are a some important factors that will determine your happiness potential during Trump’s presidency:

The extent to which you’re willing to give Trump a chance and see what he can accomplish for our country.
Your acceptance of a learning curve for Trump in which he has to stink up Washington before he figures out the lay of the land. Essentially, I’m referring to your patience.
Your personal ratio of healthy advocacy (in the form of action) versus social media ranting.
Your belief in the value of committing to your personal growth.
The extent to which you let yourself be exposed to friends and family who take an unhealthy approach to Trump’s presidency.
Most importantly, your happiness will depend on recognizing that your coping strategy during the election probably won’t work for you in 2017.
You have no choice but to take it to the next level.

The main point here is that if you are one of the many who vowed to have a fabulous 2017 and you also fear Donald Trump, it will be necessary to view your anxious state as an opportunity to grow exponentially as a person.

I will help you get there. This is how I want to help you, but it requires that you seize this moment in time as a rare chance to be the best person you can be.

If you can’t see the opportunity hidden within a dark and murky situation, then you’ll probably flounder. You’ll keep feeding your helpless side and cling to depression like a much-desired addiction.

I don’t want that for you. I want you to thrive, to prosper, to flourish no matter who is in office.

I implore you to see overcoming Trump anxiety as an amazing opportunity.

Stay tuned for my next post in which I will continue to guide you toward getting over your anxiety about Trump’s presidency.